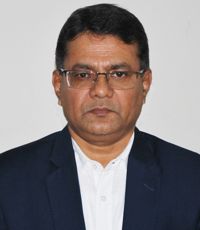 Mr. Mizanur Rahman has been working as the Chairman of Bangladesh Space Research and Remote Sensing Organization (SPARRSO) since February 2020. He is an Additional Secretary to the Government of the People’s Republic of Bangladesh.

He did his M. SC. Degree with honours in Applied Physics and Electronics from University of Dhaka in 1986. He has obtained his second masters degree with Netherlands Fellowship Programme scholarship in Geo-Information Science and Earth Observation from ITC, the Netherlands.

Mr. Mizanur Rahman has been working as the Chairman of Bangladesh Spac...